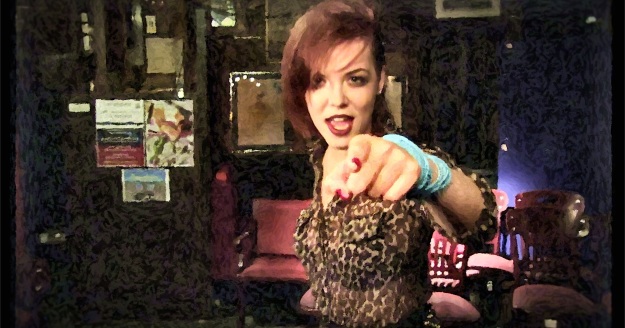 This 3D short, a faux music video using the immortal track by Garbage was my first attempt at some serious 3D. It started life as a test to see how well a pair of Canon 105s performed on a Genus Hurricane 3D Rig (everything was fresh out its box) courtesy of the inventor, tornado-chaser Alister Chapman, to whom I am eternally grateful.

This was during that whole post-Avatar wave of enthusiasm – and I was indeed most enthused. I had put together a Directors’ Guild 3D event, out of which grew The Z Axis, a networking organization for 3D professionals. Things were buzzing. Alister then asked if I could get him a venue to demo the Hurricane / 105 combo. In return I asked to use the rig for one hour in an adjacent theatre and shoot something.

I could have shot test charts, and folks at different distances, but I wanted to do something practical: hand-held and moving. And fun. A music video clip was a do-able challenge, but one hour (!) would mean some very solid prep.

I was lucky to have a clutch of Ravensbourne Stereo3D MA students eager to help. My daughter Daisy was keen to perform in front of camera, and Alister would be on hand to make sure everything was plugged in OK. There were things I wanted to test. Fast-cutting is supposedly a no-no in 3D (according to some industry experts) and I wanted to push that. And there were things in post. Various plug-ins, such as ToonIt and VideoGogh can create some very funky effects, but are designed for 2D. Small changes in the source image can create big differences in the rendered result. So Left and Right sources could yield results that wouldn’t fuse properly and thus lose the 3D. I wanted to see how far I could push this. 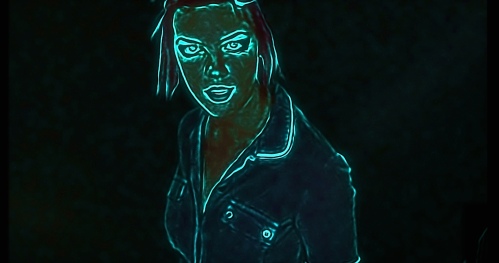 The theatre we shot in was nice, but a bit dingy. I could have re-lit the whole area, but didn’t have time and wanted a simpler solution that would still lift the material. I’ve always liked using ring lights (very 80s!) as they create a controllable glamorous look, which would be in keeping with the shoot’s intended style. But – I had no budget to hire one. So I had to make one. I found a tutorial: DIY Ring Light (YouTube) This looked very do-able. However, it used a modified toilet seat(!) which was bulky and would have to be tripod mounted, and – to be blunt – I thought a toilet seat wasn’t really very cool. It is important to look cool on set, isn’t it? So I figured I could do better, and made one from an aluminium bicycle wheel rim. It was light enough to hand hold, and had two separate dimmable circuits. It did a fantastic job. Another couple of lights on stands provided back-lighting.

The results were good. The Canon 105s performed well, and I would use them several times again. There was some noise in the shadows, but Red Giant Denoiser got rid of that. The images were slightly mis-aligned (in 3D they always are) but the Hurricane was a rigid mount and the results were rock solid. There was a bit of keystoning, but no real distortion to worry about. Or at least the distortions matched! I was impressed and decided to continue this 3D experiment and shoot some more.

Did I mention I had no budget? But I did have a pair of Pentax Optio WS80 cameras. These give a surprisingly nice picture (noisy, but I could fix that) but didn’t run in sync, and the only way I had of mounting them was on a simple sliding camera plate. I attached this to a monopod which I hand-held, and clamped a weight to the bottom to add stability. The minimum practical IA was about 2 inches, aligning the cameras was tricky and never spot on, and they were inclined to move a little with use! These problems meant being clever…

Two cameras running freely will run at slightly different frame rates, and will drift in and out of sync over a period of time. Most of the time they’ll be out of sync. How much depends on how much error is acceptable. This is determined by how movement there is in frame – if you’re shooting a very slowly moving subject the error is insignificant. Something fast and you have a problem. Additionally there’s no way of knowing just how out of sync they are at any time.

Add to all that the enormous IA with this rig – the distance between the lenses – and you couldn’t have a background more than a few feet away.

There are a couple of ‘fixes’ for the timing issue. You can shoot several takes and assume that at last one will give you something close enough. And you hope it’s a good take! This requires patience on everyone’s part – fortunately Daisy’s got tons – and it isn’t at all foolproof. Also one trick is you can try to make subject movement be to and from camera, rather than to the side. Objects moving towards or away have a lot more apparent movement than lateral moves with the same image shifts. Using this can help reduce apparent sync errors.

The background issue was solved by hanging a black cloth which was out of focus. Lighting made it look like smoke.

Tests showed me that relative camera shake and drift (how different the images were from each other and how that varied over time) caused by vigorous camera moves was surprisingly severe. Variations will be interpreted by the brain as fluctuating depth, will undermine the overall 3D, and will give viewers a headache! This would have to be fixed in post, and to help with that I asked Daisy to constantly look at the camera. The ring light was clearly visible in her eyes, and this gave me something on which to later lock After Effect’s motion stabilizing tools. It also created a stylistic element that worked well. So, once stabilized, the two images would be locked together, and then the movement from one eye (which had been keyframed, copied, and removed) was applied to both. That way the cameras then had identical movements. Unavoidable misalignment meant the image would have to be cropped later, so shooting a little wide anticipated this. 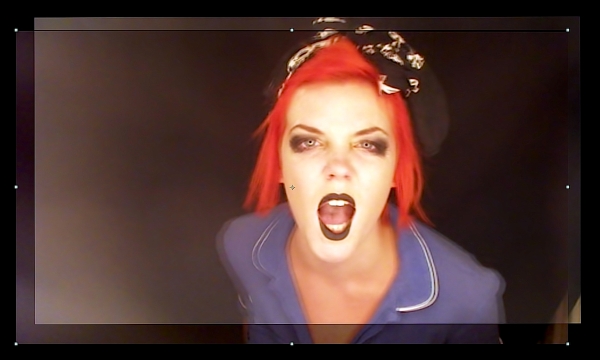 Left and Right images’ alignment could be drastically out.

All post was in After Effects CS6 using Red Giant’s Denoiser II, Toonit, and Particular (for the titles), RE:Vision’s VideoGogh, Fixel’s ALCE and Detailizer, Dashwood 3D Lite, and several plugs that come with After Effects. It. Was. Fiddly.

It was a challenge to keep the edit interesting – after all, it has two minutes of someone singing straight to camera.

Every shoot has it’s own problems, and my solutions here were specific to what was in front of me. They wouldn’t work for every shoot. Importantly this was a music video, and you can get away with murder – after all, who was to know what I really meant to do? 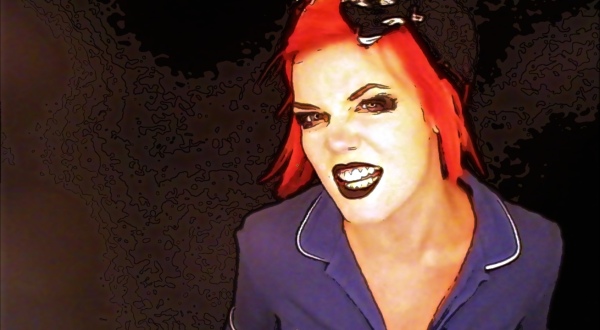 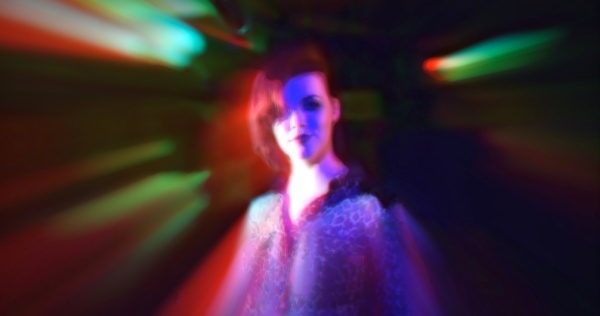 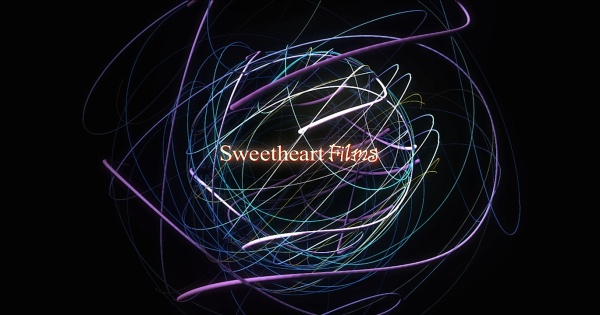